Some of you may have read, Just Ella, a fantastic tale about a princess. 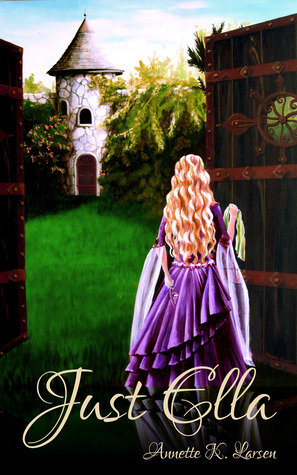 Annette K. Larsen is coming out with her next book, Missing Lily, on May 15th! Here's the cover! 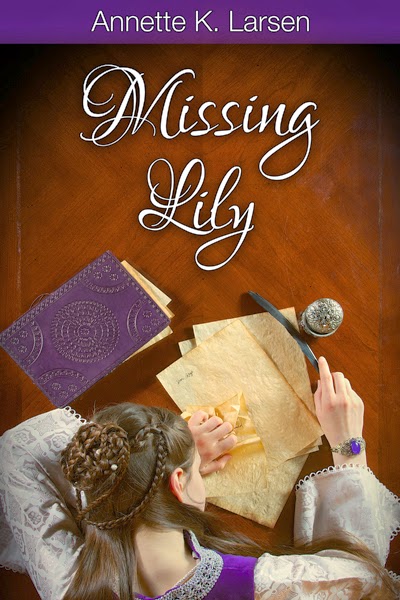 Isn't it great? I can personally tell you that it matches the story perfectly! Here's the blurb.

“You don’t know who I am,” I whispered. He didn’t move—either away from me, or closer—and after an interminable moment, I stepped back and hurried out of the house.

He didn’t follow me as I fled into the night.
Lylin was not used to being alone—much less alone, hurt, and lost. So when she is separated from her guard and forced to abandon her horse, she counts herself lucky to stumble upon a manor house. Still frightened by those who chased her into the night, she keeps her identity a secret, calling herself Lily as she accepts the help of kind servants, and the compassion of Lord Fallon. When they fall into an easy friendship, she wonders if her secrecy was too hasty. However, as she gets to know the manor and its residents, Lylin discovers that she’s not the only one hiding secrets, and it may be a very good thing that her host doesn’t know her true identity as a member of the royal family.

I was born in Utah, part of a crazy, fun family of nine. I grew up in Flagstaff, AZ and St. Louis, MO before striking out on my own college adventure in Virginia. I decided to try my hand at writing novels after I was married and living in Idaho. I write clean romance because it’s my favorite genre, but often difficult to find.
I have Charlotte Brontë to thank for the courage to write novels. After being bombarded with assigned reading about women who justified abandoning either their families or their principles in the name of love, I had the great fortune of reading Jane Eyre. And that was it: finally, a heroine who understood that being moral and making the right choice was hard, and sometimes it hurt, but it was still worth it. After rereading it several years later, I realized that if I wanted more books to exist with the kinds of heroines I admired, then I might as well write a few myself. My books are about women who face hard choices, who face pain and rejection and often have to face the reality of sacrificing what they want for what is right. The consequences are often difficult or unpleasant, but in the end, doing what’s right will always be worth it.
I believe there is no substitute for good writing or good chocolate. Fortunately, one often leads to the other.
Mmmm, good chocolate! Definitely comparable to good writing!
You can learn more about Annette and Missing Lily here.
Website. Twitter. Facebook.
Have a great week and stay tuned for my book trailer coming next Tuesday!!!
Posted by Michelle Merrill at 8:59 AM