I used to be a die hard Twilight fan. Like, I was a Twilight mom, tried to be in the movie, went snooping around filming locations, and pretty much dreamed of the characters day and night.


My feelings have changed, or more like simmered. They filmed the first movie here in the good North West, though, and that's just where I happen to live.


Since it's the opening day of Breaking Dawn (part 1), I thought I'd give you some sneak peaks and short stories about my first obsession. And to put to rest the question of whether I'm excited about Breaking Dawn (part 1)...well, let's just say I'm not a big fan of breaking a book/movie into two. There's a reason it's written as one and I prefer it all together. So, although I may not be waiting in line anytime soon to watch Part 1, you can for sure find me in the lines when Part 2 comes out :) 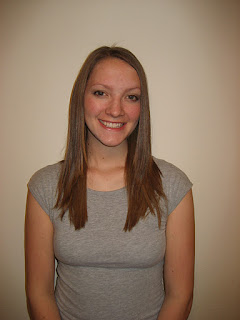 This is the picture I sent in to be part of the movie. The only "cool" thing was that they called me in for more sizing to be Victoria's stand in...or something like that. I didn't get it. But it was a great experience anyway! 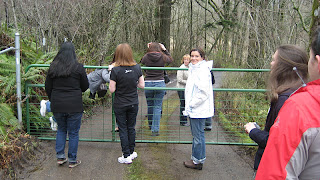 This is the fence you have to hop over if you want to get to the baseball field they used for filming. 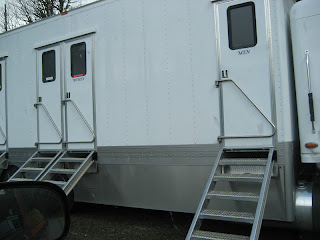 So, one afternoon we were driving around town and saw bright yellow posters to guide the filming crews to a park. Like no one else is going to see them right? Weird. So my hubby and I took our kids to the park. They weren't filming yet, but they were setting everything up. Don't worry...I went back when they were filming :) 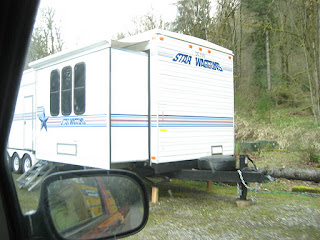 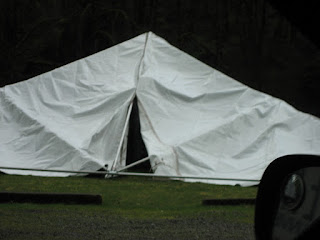 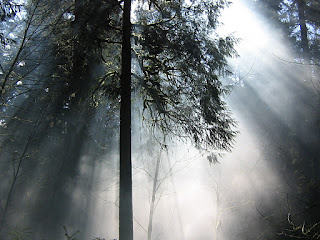 A couple days after the hubs and I snooped around, my friend and I took my kids back to the park. As we drove in, they were in the middle of filming a scene right off the side of the road. My friend was yelling at me to look, but I had to inform her that if I took my eyes off the road I would definitely hit one of the millions of film crew people glaring at my red van! Yeah, SO not inconspicuous. 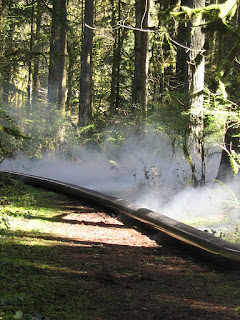 This is the fog machine they used for the "reveal vampire in the woods" scene. Pretty awesome!
And my friend took most of the pictures so I don't have anymore. But we did see Robert on a break and tried to get his autograph...but when a red van parks nearby, apparently it's time to hide in the trailer. 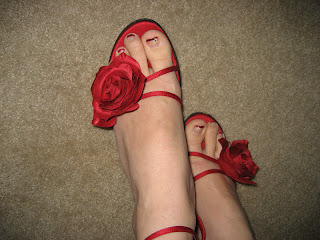 Another awesome Twilight mom's thing I got to be a part of was a dinner at the View Point Inn. For those of you who might now know, that's where they filmed the prom. 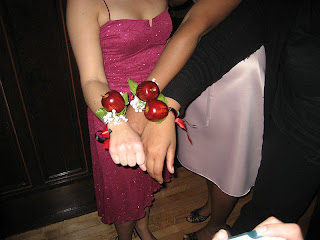 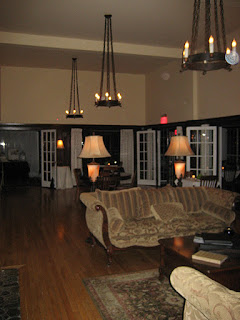 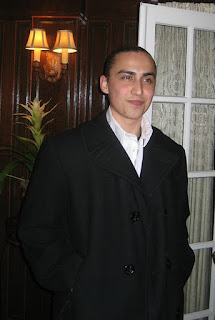 Oh wait! Does he look familiar? This is the guy who played Sam in the first movie. He's really nice and was awesome to come to a dinner with a bunch of "not quite teens anymore" that were obsessed with Twilight. 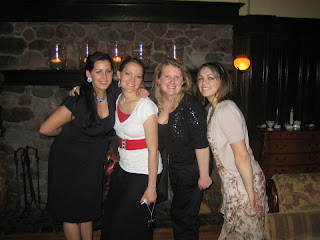 Yes, I stayed true to the color scheme :) 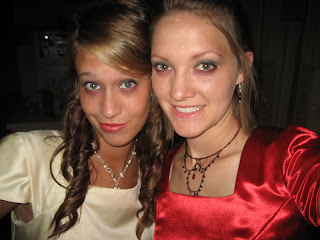 And this is the Breaking Dawn book release party at Barnes and Noble downtown Portland. It was a Prom theme. Hence the nice dresses and, of course, vampire make up! 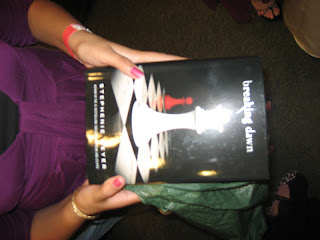 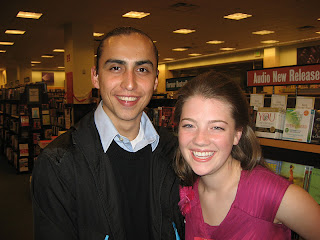 Oh yeah. He was there this time too. 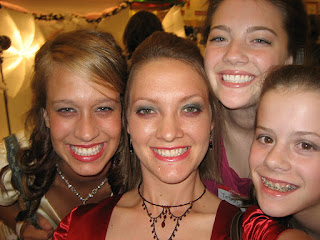 Have any of you done anything crazy like this? Ever tried to see an actor? Been so obsessed with something that you lived and breathed it?
Posted by Michelle Merrill at 6:34 AM