If you've never been to Jess' blog, you are missing out! Seriously, get over there...well after you read more about  her here :)  My favorite thing is the ample amount of links to contests, articles, twitter comments, and much much more. Here's the profile blurp from her blog.

I read. I write. I love all kinds of books, especially middle grade & young adult fiction. Watching Food Network shows, hiking the trails near my house, and laughing/chortling/guffawing are other hobbies. Educational Background- BA in Spanish, MS in Outdoor Recreation & Natural Resource Management, Number of jobs I currently hold that utilize said degrees- 0 :), Current life satisfaction level out of 10- 9.3
I love that she put laughing as a hobby. Sounds like a fun person to be around, right? As if chillin' in the great outdoors wasn't cool enough. If you want to know more about Jess, you can visit her bio page here.
Let's get on with the interview.
Jess, what made you want to write?

When I became a stay-at-home mom, I missed certain aspects of working. I love having mental stimulation (that doesn’t revolve around household to-do lists) and learning new things outside of motherhood (which, don’t get me wrong, I adore!). Writing became that outlet for me. It was a natural return to something I’d always loved, but let fade away for various reasons. I finally had a situation where I could give myself permission to put myself out there and try to learn about the craft of writing.
I think it’s so healthy to have goals—to be working towards something both intellectually and emotionally. Writing is one of those things where, even if you accomplish a major goal (getting an agent, getting published), there’s always something new to challenge yourself with. It’s humbling and inspiring and exciting and heartbreaking and annoying as crap. And I love it.
If you could pick the setting of one book to live in, which would it be?
That changes according to what I’m reading, but one that sticks with me is the quaint English countryside featured in Roald Dahl’s Danny, The Champion of the World. Danny and his father live in an old gypsy caravan on the side of the road. And, yes, Hogwarts from Harry Potter is a given.
(Of course it is, but I'm glad you picked something else as well. I'll have to read that book.)
What book are you reading right now and which one do you have lined up to read next?
I just finished Dawn Lairamore’s Ivy Ever After, an imaginative and super fun middle grade fairy tale. She’s part of the Project Mayhem middle grade blog (http://www.project-middle-grade-mayhem.blogspot.com/) and I’ve exhanged emails with her. It’s SO cool to do that. She was emailing me to let me know I’d won a book and I was like, “Thanks! By the way, I’m reading your book right now! You’re awesome!”
I recently won a copy of Hannah Moskowitz’s Invincible Summer, and I’m looking forward to soaking up the “sun-kissed, drama-drenched summers” described on the back flap. I’ve heard so much about Hannah on blogs (plus she hangs out on AbsoluteWrite), and I’m excited to get to know her writing style.
(Awesome! Even more books to add to my list. It's so fun to talk to other writer's, especially those that are published. The other night I attended my my first book signing ever. I know, gasp! There were five well known author's and I found out that I get nervous to talk to them. Really nervous. It was kind of hilarious.)
How long have you been writing?
I was one of those kids who kept journals during family trips, usually highlighting and exaggerating any embarrassing incidents I saw unfolding around me. We’d read them a couple of years later and my sisters would yell, “Hey! That didn’t happen.” I’d just shrug and say, “It’s funnier this way.” I didn’t write as a hobby during high school or college or even after. I really started around the time my daughter was born (2 years ago). *Clarification—I refer to “my kids” occasionally and that includes my 13 and 16-year-old stepchildren who live with us. Only one of the three kids is technically mine, but I wash the underwear of the other two (and love them to bits), so I count them among my own anyway.
What's your favorite genre to write?
Middle Grade—I like YA too, but I’m not quite as comfortable there.
Do you have any pet peeves while writing?
Having to pee. I’ve got a small bladder, and it’s a bummer to be in the middle of a scene and have to get up all the time (which happens since I’m a coffee drinker). My toddler waking up early from a nap can be a little disappointing too.
If you could meet any author, dead or alive, who would you pick?
Snooki from Jersey Shore. She’s an author, right?  Just kidding! It changes. I would say Roald Dahl, but I think I’d be too star-struck to speak. David Sedaris would be fun!
Do you prefer:
Vampires or Werewolves? No vampires. I’d say werewolves, but can’t I just have a golden retriever instead? Or a nice ferret?
Mountains or Beaches? Mountains.
Writing during the morning or at night? Morning, morning, morning!
Comedy, Action, or Romance Movies? I usually get movies from the library, and I’m a sucker for period pieces (either action-packed medieval Robin Hood-type-stuff or romantic and funny Jane Austen films). I haven’t been to a movie theater in three years this July. When I finally go, I want all the things you listed as choices. And a monkey.
Chocolate or Fruity Candy? Fruity candy. I’m joining your Sour Patch Kids club. T-shirts and club mugs are being looked at.
(Okay, not even kidding...that's awesome! Yes, we should design our own shirts and if there are mugs, they better have unlimited refills of sour patch kids.) 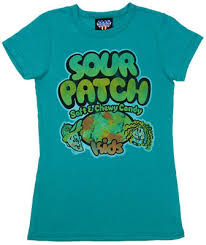 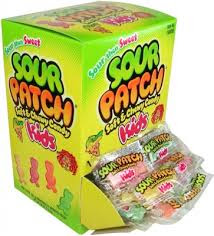 These are not my pictures. They're all taken from Google...but I want them :) Yes, I'd wear that headband just for you Jess!
Thanks so much Jess! I hope everyone had as much fun learning about her as I did. Be sure to stop by her blog. Right now would be a good time for that :)

Have a great weekend!
Posted by Michelle Merrill at 12:44 AM