I may sound like such a downer, but last week's read took a quick dive by page 100.  Sadly, since I was on vacation, I couldn't get my hands on another book.  So this week I'm going to review an old read, which is actually a good thing since I have many of those that I would love to share with all of you!


Instead of choosing one book by Tamora Pierce, I decided to choose all of her books that I've read.  She has created an awesome world of fantasy that grows as she uses the same setting and character's throughout different book series.


I have read three of her book series. Unfortunately, when the first of the series that I read were handed to me, I didn't know it was the second series of the three.  When I picked up the first later on, it was like the character's I'd already met had grown to a different level as the back story played out.  Of course, if I'd actually read them in order, it would've been better, but it all made sense.  Anyway, I've decided to give my review before all the cover's and info blurbs since there are so many of them.


I'm going to give them a PG-13 movie rating and all around, they get a 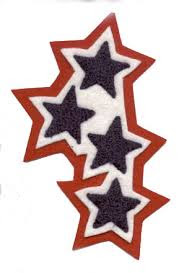 out of 5 stars.  Although, I do want to say that the middle series was my least favorite and might actually lean toward a 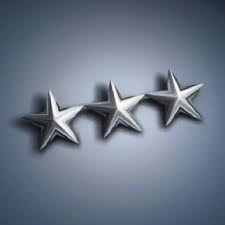 
The first series is the Song of the Lioness Series.

Here is the Goodreads book covers and info blurbs.

Alan of Trebond, the best warrior in the palace, is harboring a big secret: he is really a she - Alanna. But when her prince is felled by an illness, Alanna has no choice but to use her healing magic - even if it means ruining her career.

"I don't want to fall in love. I just want to be a warrior maiden."
Still disguised as a boy, Alanna becomes a squire to none other than the prince of the realm. Prince Jonathan is not only Alanna's liege lord, he is also her best friend -- and one of the few who knows the secret of her true identity. But when a mysterious sorceror threatens the prince's life, it will take all of Alanna's skill, strength, and magical power to protect him -- even at the risk of revealing who she really is...
Filled with swords and sorcery, adventure and intrigue, good and evil, Alanna's second adventure continues the saga of a girl who dares to follow her dreams -- and the magical destiny that awaits her.
Alanna's journey continues...

Newly knighted, Alanna of Trebond seeks adventure in the vast desert of Tortall. Captured by fierce desert dwellers, she is forced to prove herself in a duel to the death - either she will be killed or she will be inducted into the tribe.
Although she triumphs, dire challenges lie ahead. As her mythic fate would have it, Alanna soon becomes the tribe's first female shaman. Despite the desert dwellers' grave fear of the foreign woman warrior, Alanna must fight to change the ancient tribal customs of the desert tribes -- for their sake and for the sake of all Tortall.
Alanna's journey continues...

At last, Alanna of Trebond has become the first female knight errant in Tortall. She sets out on an impossible quest to find the Dominion Jewel, a legendary gem that, in the right hands, has limitless power for good. But while she searches for the one thing that can save her war-torn country, her nemesis returns from the dead and begins to wreak havoc. Only Alanna has the power to prevent Tortall's utter destruction...
In this final verse of the Song of the Lioness quartet, Alanna grows from heroine into legend.

The second series is called Protector of the Small.
Here are the book covers and goodreads blurbs.

Keladry, known as Kel, has always wanted to be a knight but must deal with the disapproval of some of her teachers and fellow students. But when her young servant is kidnapped on the day of the public exams, Kel has to choose . . . to follow her dreams, or her convictions.

As the only female page in history to last beyond the first year of formal training to become a knight, 11-year-old Keladry of Mindelan has an uphill battle to fight. In addition to proving herself worthy of being a page, Kel spends her time defending first-year pages from bullies, staying on top of homework, conquering her paralyzing fear of heights, and keeping up with Lord Wyldon's grueling physical training schedule. Kel's detractors do everything in their power to thwart her progress, from tormenting her friends to sabotaging the Midwinter Festivities to kidnapping her maid and dog on the day of final examinations. The tide of resistance begins to turn slightly during the summer between Kel's second and third years, when she leads a team of pages in defensive maneuvers against renegade bandits--coincidentally on the same day that she gets her first period!

In Book 3 of Tamora Pierce's Protector of the Small sequence, 14-year-old Keladry of Mindelan is ready to begin training as a squire after undergoing four grueling years as the first girl to be officially educated as a page. Disappointed at first that Lady Alanna (whom we first met in the Song of the Lioness Quartet series) does not choose her, Kel is delighted when gruff, good-natured, down-to-earth Lord Raoul takes her on. The next four years prove to be tough but happy, for the most part, as Raoul and most of the others in the King's Own (a corps of 300 men--299 now, plus Kel--that enforces the law and helps local nobles deal with problems such as centaur attacks and forest robberies) treat Kel as an equal. Throughout, Kel is physically and mentally preparing herself for the final test in the Chamber of the Ordeal, in which fourth-year squires must successfully face their greatest fears before becoming knights.

In the final thrilling installment of Tamora Pierce's Protector of the Small series ( First Test, Page, and Squire), our sturdy young heroine, Keladry of Mindelan (a.k.a. Kel), has finally been knighted. Never one to rest on her laurels, Kel champs at the bit, ready to tackle the horrific magic killing devices she was shown in the Chamber of the Ordeal during her knighthood initiation. The huge, insectlike machines, "made of iron-coated giants' bones, chains, pulleys, dagger-fingers and -toes, and a long whiplike tail," feed on the souls of dead children and are systematically killing off the citizens and warriors of Tortall.
Thoroughly disgusted to discover that not only is she not going to be assigned a combat post, but she has been placed in charge of a refugee camp instead, Kel, in her usual noble, stoic way, swallows her disappointment and sets out being the best refugee camp commander possible. Of course, destiny has a way of sneaking up on a young woman like Kel, and soon she is fulfilling the ordeal the Chamber set out for her... and then some.
The last series is called Daughter of the Lioness.
Here's the info.

To the great joy of her many fans, Tamora Pierce with this book begins a new saga of Tortall to add to The Song of the Lioness Quartet, the Immortals Quartet, and The Protector of the Small tetralogy. At the center of each of these books is always a strong and resourceful young woman who masters the arts of swordplay and knightly warfare in the magical medieval country of Tortall. Alianne, or Aly, daughter of the warrior queen Alanna the Lioness, has all these skills, but also a delicious sense of humor, which serves her well when she is chosen by the trickster god Kyprioth to serve as his secret agent and a slave for a year in the embattled Copper Isles. There the dark-skinned natives, or raka, have been conquered and crushed by the laurin, light-skinned people from the mainland. The burning raka resentment is fueled by prophecies of a twice royal queen who will free them, aided by the "wise one, the cunning one, the strong one, the warrior, and the crows." Just how each of the colorful characters and Aly herself fit into this prophecy and Kyprioth's tricky plan keeps readers guessing. Aly plots to show her skill at spying as she flirts with the god and is courted by Nawat, a crow transformed into a handsome young man, who is puzzled when she rejects his attempts to mate-feed her with grubs and ants.

NO LONGER A slave, Alianne is now spying as part of an underground rebellion against the colonial rulers of the Copper Isles. The people in the rebellion believe that a prophecy in which a new queen will rise up to take the throne is about to be realized. Aly is busy keeping the potential teenaged queen and her younger siblings safe, while also keeping her in the dark about her future.
Gah!  That was so long.  Sorry.  If you made it to the bottom of this post, you are super devoted!  The good news is that I think I'm going to like the book I have to read this week :)
What have you been reading?  Have you read any of Tamora Pierce's books?
Posted by Michelle Merrill at 7:31 AM